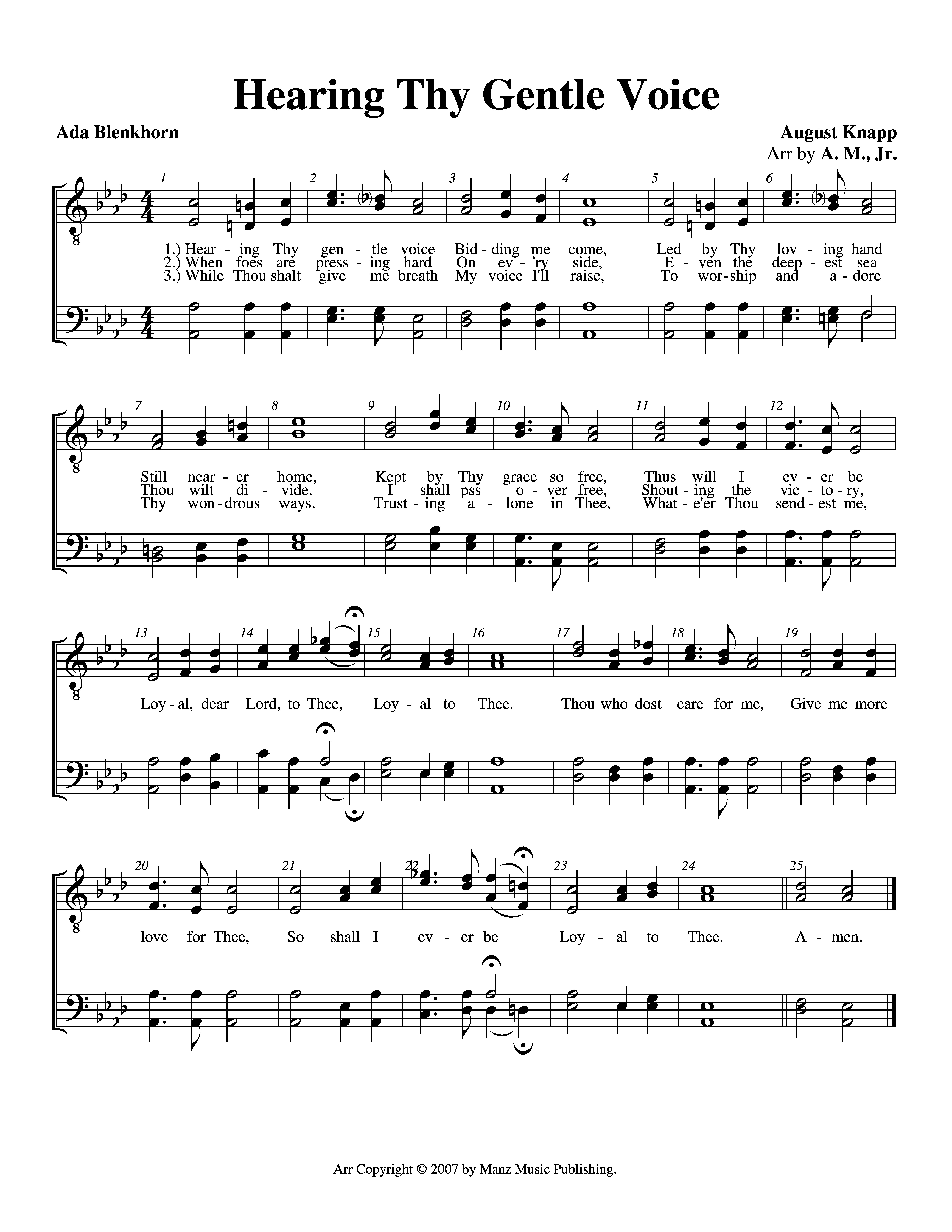 Ada Jane Blenkhorn Canada 1858-1927 Born in Cobourg, Ontario, the 10th of 11 children, she emigrated with her family to the U.S. In 1884 and settled in Cleveland, OH.. She was raised a Methodist, and began writing hymn lyrics at age 34. A prolific writer of hymn lyrics, she was about to give it up when a friend encouraged her to continue, telling her some soul might be saved by a hymn she would write. She worked for many years as secretary to her brother, Henry's, real estate company. After his death in 1923, she became president of the company. She never married.

Sorry, we have no information for this composer
Arranger
Alvin (Bud) Herman Manz in 2007

Bud never married, instead he lives with his father just south of Defiance Ohio.
Notes
(Loyal To Thee)
Lyrics
Hearing Thy gentle voice Bidding me come,
Led by Thy loving hand Still nearer home,
Kept by Thy grace so free, Thus will I ever be
Loyal, dear Lord, to Thee, Loyal to Thee.

When foes are pressing hard On ev'ry side,
Even the deepest sea Thou wilt divide.
I shall pss over free, Shouting the victory,
Loyal, dear Lord, to Thee, Loyal to Thee.

While Thou shalt give me breath My voice I'll raise,
To worship and adore Thy wondrous ways.
Trusting alone in Thee, Whate'er Thou sendest me,
Loyal, dear Lord, to Thee, Loyal to Thee.

Thou who dost care for me,
Give me more love for Thee,
So shall I ever be Loyal to Thee.