Jesus Christ Is Passing By 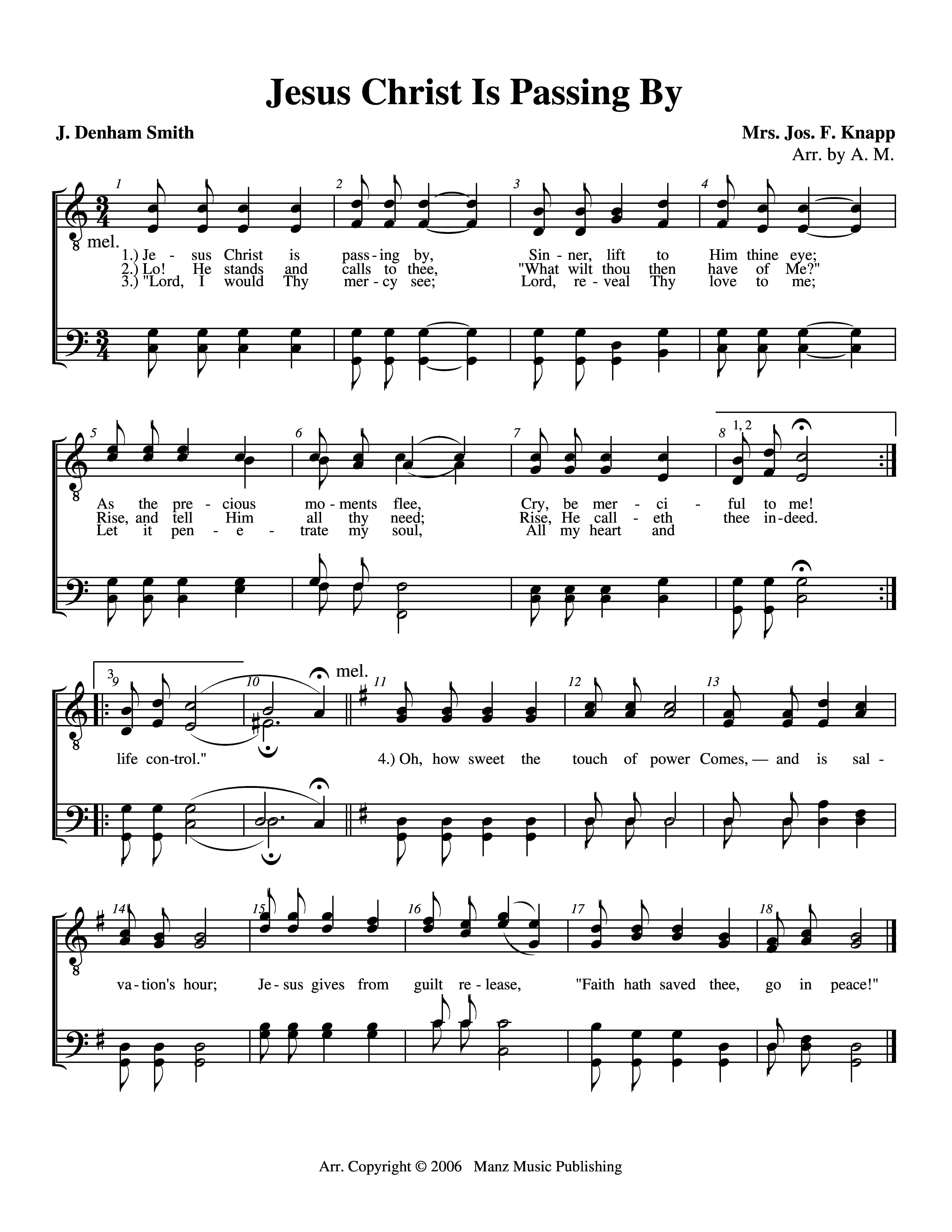 Sorry, we have no information for this author
Composer
Phoebe Palmer Knapp

Phoebe’s parents were Methodist evangelists Dr. Walter C. Palmer and Phoebe Worrall Palmer. At 16 years of age, she married Joseph Fairfield Knapp, second president of the Metropolitan Life Insurance Company. They belonged to the John Street Methodist Church in New York City, as did Phoebe’s close friend Fanny Crosby. After her husband’s death, Phoebe was left with a large income, much of which she gave to charity. Phoebe had a large pipe organ in her apartment in the Savoy Hotel in New York City, and wrote over 500 hymn tunes.

1. Assurance
2. Behold Me Standing at the Door
3. Cleansing Wave
4. Come with Rejoicing
5. Nearer the Cross
6. Open the Gates of the Temple
7. Welcome to Glory

Bud never married, instead he lives with his father just south of Defiance Ohio.
Lyrics
Jesus Christ is passing by,
Sinner, lift to Him thine eye;
As the precious moments flee,
Cry, be merciful to me!

Lo! He stands and calls to thee,
"What wilt thou then have of Me?"
Rise, and tell Him all thy need;
Rise, He calleth thee indeed.

"Lord, I would Thy mercy see;
Lord, reveal Thy love to me;
Let it penetrate my soul,
All my heart and life control."