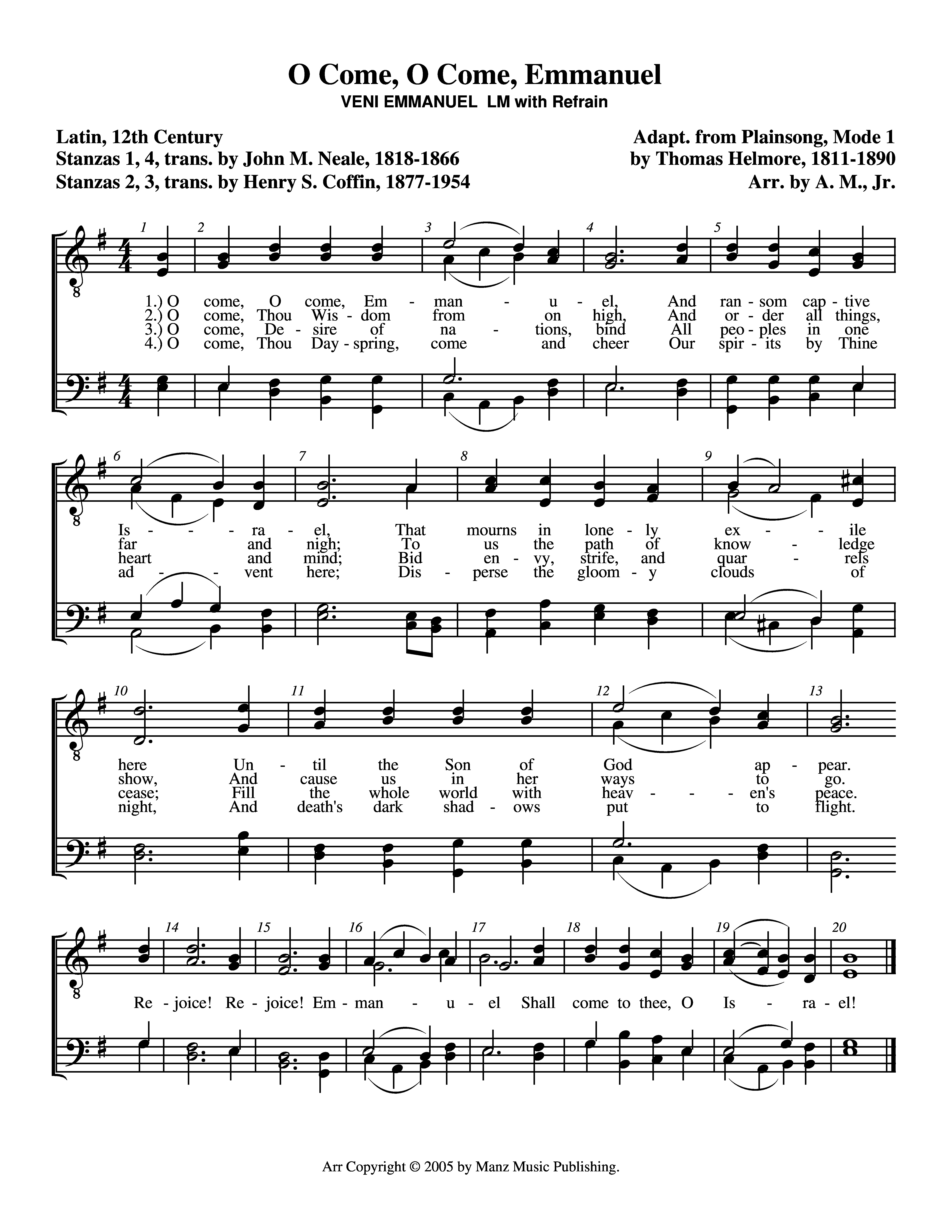 Sorry, we have no information for this author
Composer
Unknown

Sorry, we have no information for this composer
Arranger
Alvin (Bud) Herman Manz in 2005

Bud never married, instead he lives with his father just south of Defiance Ohio.

O come, Thou Wisdom from on high,
And order all things, far and nigh;
To us the path of knowledge show,
And cause us in her ways to go.

O come, Desire of nations, bind
All peoples in one heart and mind;
Bid envy, strife, and quarrels cease;
Fill the whole world with heaven's peace.

O come, Thou Dayspring, come and cheer
Our spirits by Thine advent here;
Disperse the gloomy clouds of night,
And death's dark shadows put to flight.