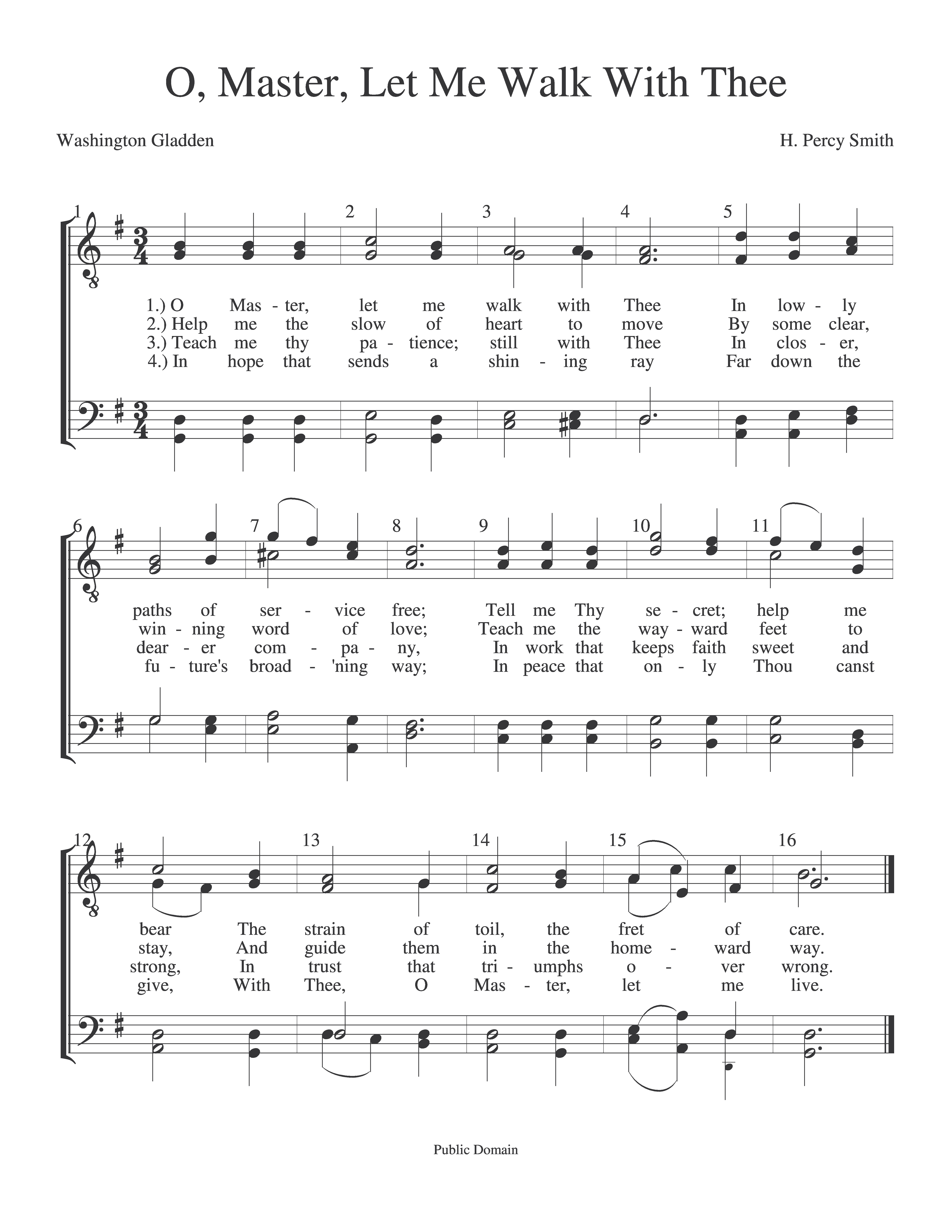 Sorry, we have no information for this author
Composer
Henry Percy Smith in 1874

Smith attended Balliol College, Oxford, and was ordained an Anglican priest in 1850. He was Curate at Eversley (1849-1851), then received an appointment as Perpetual Curate at St. Michael’s, Yorktown, Camberley, Surrey, in 1851. He stayed only stayed until 1868, though, when he became Vicar of Great Barton in Suffolk. In 1882, he became chaplain at Christ Church, Cannes, France, and, in 1892, Canon of the cathedral at Gibraltar.

Sorry, we have no information for this arranger
Notes
MARYTON L. M.
Lyrics
O Master, let me walk with Thee
In lowly paths of service free;
Tell me Thy secret; help me bear
The strain of toil, the fret of care.

Help me the slow of heart to move
By some clear, winning word of love;
Teach me the wayward feet to stay,
And guide them in the homeward way.

Teach me thy patience; still with Thee
In closer, dearer company,
In work that keeps faith sweet and strong,
In trust that triumphs over wrong.

In hope that sends a shining ray
Far down the future's broadening way,
In peace that only Thou canst give,
With Thee, O Master, let me live.