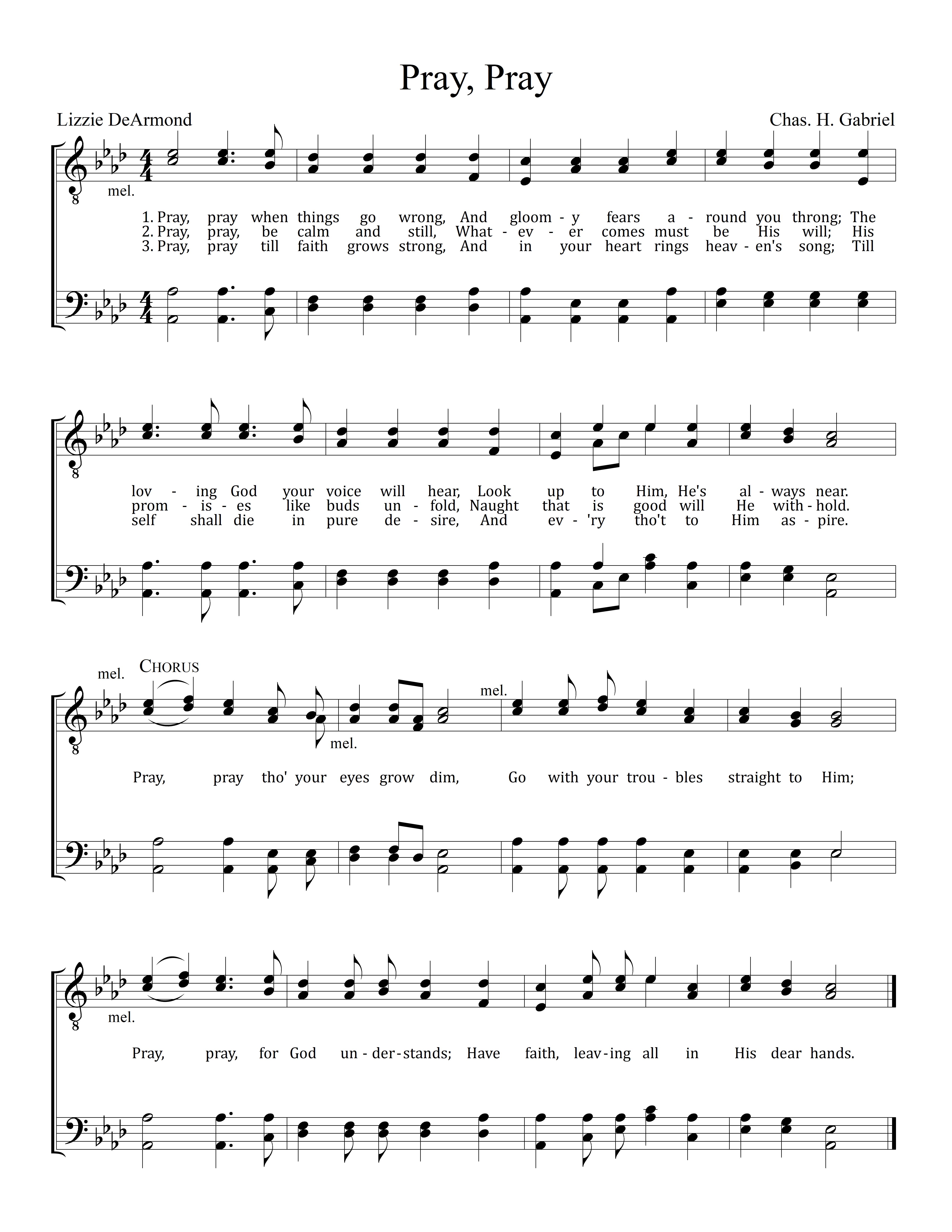 Sorry, we have no information for this author
Composer
Charles Hutchinson Gabriel

Mr. Charles H. Gabriel was a great composer and musician. Gabriel loved music from a young age. He was born in Iowa on August 18, 1856 and grew up on his family farm. The lessons he learned early in life would shape him into the person he became. In fact, he was only 17 years old when he began teaching singing classes throughout the Southern, Western, and Northern states. It wasn’t long before he moved to California and became one of the greatest composers on the West Coast.

Gabriel received little to no instruction in music and developed his style of music completely on his own. He is well known for the music he composed including music for Sunday schools and evangelistic meetings. The song, “Send the Light,” is known for being one of the best missionary songs available. He published many Christmas cantatas, cantatas for adults, operettas and the cantata, “Saul, King of Israel,” the work he considered his best. His other works include many marches and waltzes for military bands, books of music for female and male voices, and books for children’s music, some of which are his most remembered works.

This great composer was known among many, but was not one to have any kind of rivalry with other musicians and composers. Hall described him as, “a very genial and kindly-spirited man. His large success has not spoiled him but seems rather to have added kindliness and helpfulness to his naturally generous disposition.” It is no wonder he had such an impact on the music community.

Comfort me, whene’er I mourn,
With the hope of thy return,
And till I thy glory see,
Bid me still believe in thee.

Pseudonyms: C. D. Emerson, Charlotte G. Homer, S. B. Jackson, A. W. Lawrence, Jennie Ree
=============
For the first seventeen years of his life Charles Hutchinson Gabriel (b. Wilton, IA, 1856; d. Los Angeles, CA, 1932) lived on an Iowa farm, where friends and neighbors often gathered to sing. Gabriel accompanied them on the family reed organ he had taught himself to play. At the age of sixteen he began teaching singing in schools (following in his father's footsteps) and soon was acclaimed as a fine teacher and composer. He moved to California in 1887 and served as Sunday school music director at the Grace Methodist Church in San Francisco. After moving to Chicago in 1892, Gabriel edited numerous collections of anthems, cantatas, and a large number of songbooks for the Homer Rodeheaver, Hope, and E. O. Excell publishing companies. He composed hundreds of tunes and texts, at times using pseudonyms such as Charlotte G. Homer. The total number of his compositions is estimated at about seven thousand. Gabriel's gospel songs became widely circulated through the Billy Sunday­-Homer Rodeheaver urban crusades.

Bud never married, instead he lives with his father just south of Defiance Ohio.
Lyrics
Pray, pray when things go wrong,
And gloomy fears around you throng;
The loving God your voice will hear,
Look up to Him, He's always near.

Pray, pray, be calm and still,
Whatever comes must be His will;
His promises like buds unfold,
Naught that is good will He withhold.

Pray, pray till faith grows strong,
And in your heart rings heaven's song;
Till self shall die in pure desire,
And ev'ry tho't to Him aspire.

Chorus:
Pray, pray tho' your eyes grow dim,
Go with your troubles straight to Him;
Pray, pray, for God understands;
Have faith, leaving all in His dear hands.