The Light Is Come 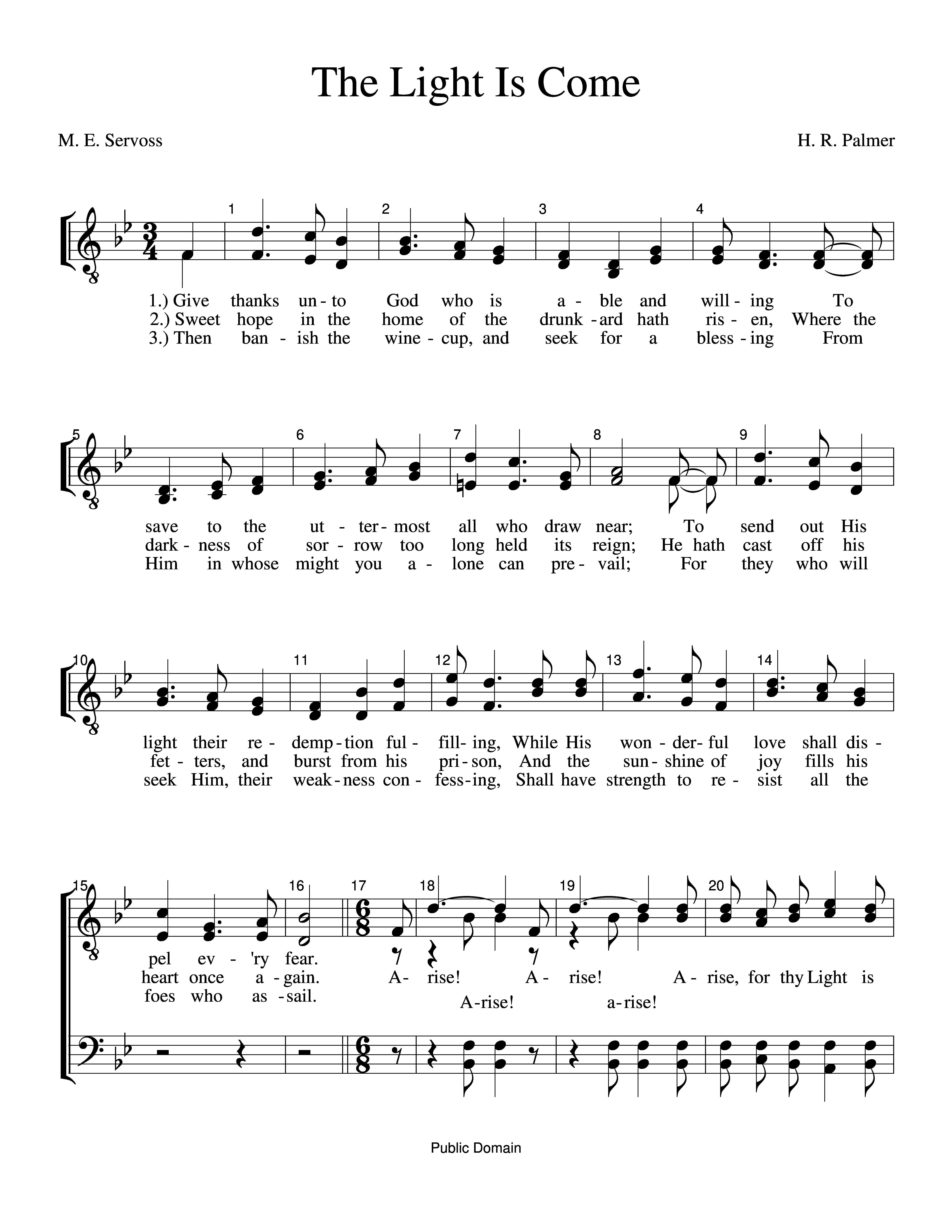 Palmer’s mother died when he was three years old. At age seven, he began singing in the church choir directed by his father. Palmer attended the Rushford Academy in New York, then taught there, 1855-1865, becoming the Academy’s music director, and organizing a cornet band there.

Palmer later moved to Chicago, Illinois, where he was choir director at the Second Baptist Church. In addition, he published the magazine Concordia.

Palmer moved back to New York in 1873, and set up the Church Choral Union in 1881. The organization eventually grew to 20,000 singers, and performed in locations such as Madison Square Garden in New York City (where it fielded a 4,000 member choir). Palmer went on to organize similar groups in New York state, Pennsylvania, and Washington, DC. In 1877, the Summer School of Music at Chautauqua, New York, was established, and Palmer led it for 14 years. He also conducted annual music festivals in Courtland, New York, and directed the choir at the Broome Street Tabernacle in New York City for 11 years.

Angry Words
Have Courage to Say No!
Yield Not to Temptation

Come Close to the Savior
Come, Sinner, Come
Master, the Tempest Is Raging
Memories of Galilee
Silver Star, The
Vincent
Wayside Cross, The

Sorry, we have no information for this arranger
Lyrics
Give thanks unto God who is able and willing
To save to the uttermost all who draw near;
To send out His light their redemption fulfilling,
While His wonderful love shall dispel ev'ry fear.

Sweet hope in the home of the drunkard hath risen,
Where the darkness of sorrow too long held its reign;
He hath cast off his fetters, and burst from his prison,
And the sunshine of joy fills his heart once again.

Then banish the wine-cup, and seek for a blessing
From Him in whose might you alone can prevail;
For they who will seek Him, their weakness confessing,
Shall have strength to resist all the foes who assail.