We Plough The Fields, And Scatter 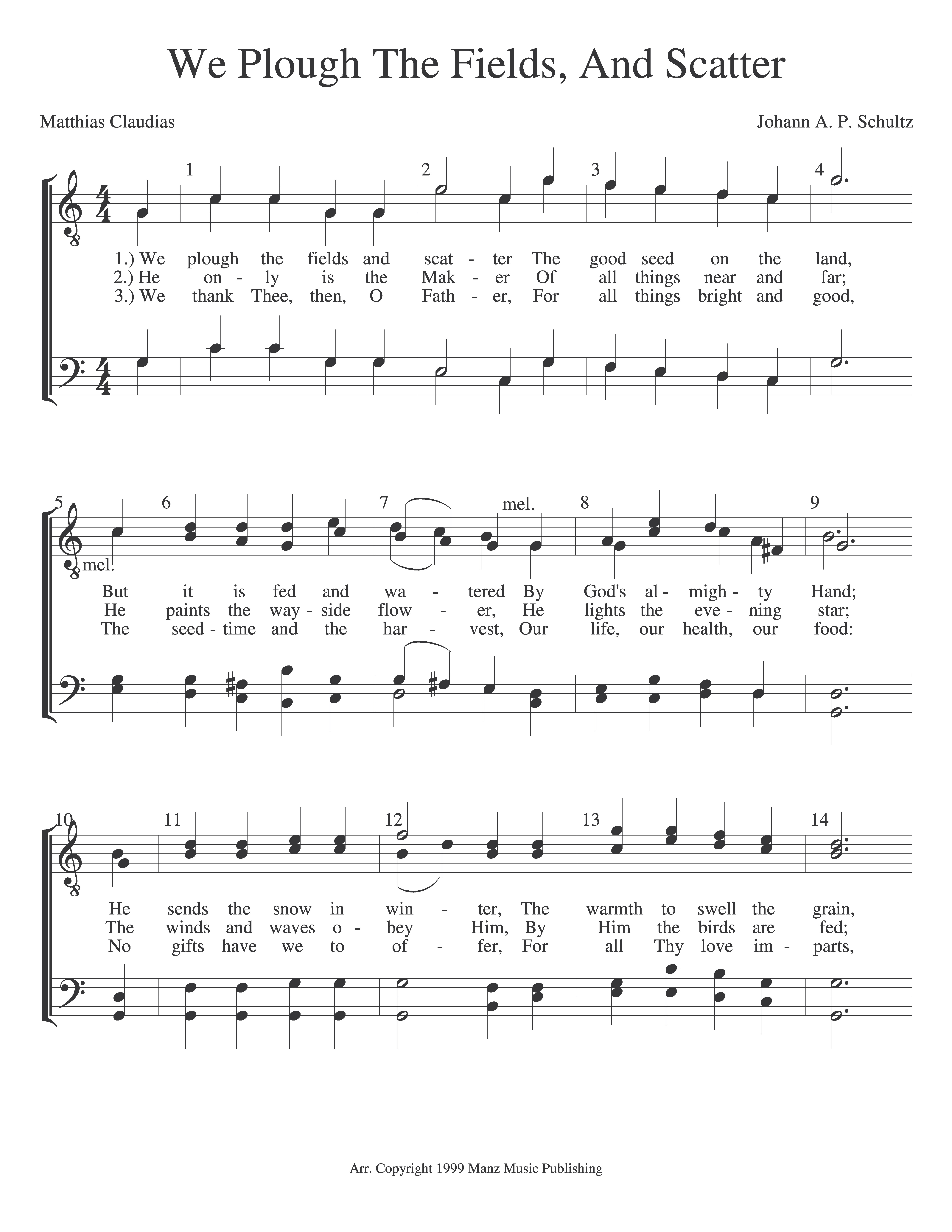 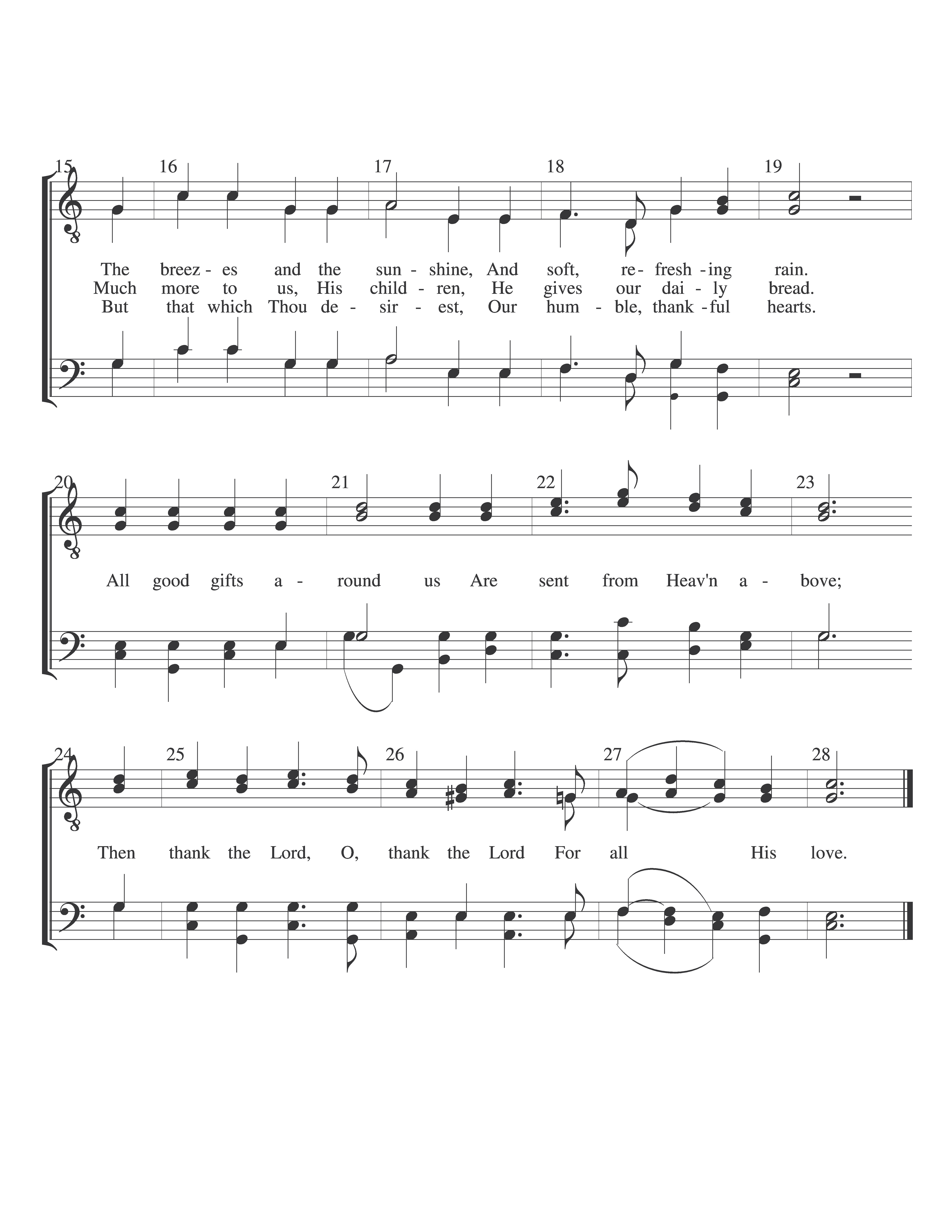 Sorry, we have no information for this author
Composer
Johann Abraham Peter Schultz in 1800

A baker’s son, Schulz attended the Lateinschulen in Lüneberg, and studied the organ. After moving to Berlin in 1768, he became teacher and accompanist to Polish princess Saphieha Woiwodin von Smolensky; they toured extensively through Europe. He later began writing opera, his first being Clarissa in 1785. The next year, he became musical director of the Berlin French theater. In 1786, he was appointed Hofkapellmeister in Rheinsburg. Two years later, he held the same post in Copenhagen. He remained in the Copenhagen office 18 years, being brought to an end by a breakdown of his health after trying to save the music library at Copenhagen during a fire. His health further suffered from the effects of a shipwreck he was the victim of in 1796. Schulz’ works include:

Bud never married, instead he lives with his father just south of Defiance Ohio.
Notes
Dresden. 7. 6. 7. 6. D. With Refrain
Translated by Jane M. Campbell, 1861 (1817-1878)
Lyrics
We plough the fields and scatter
The good seed on the land,
But it is fed and watered
By God's almighty Hand;
He sends the snow in winter,
The warmth to swell the grain,
The breezes and the sunshine,
And soft, refreshing rain.

He only is the Maker
Of all things near and far;
He paints the wayside flower,
He lights the evening star;
the winds and waves obey Him,
By Him the birds are fed;
Much more to us, His children,
He gives our daily bread.

We thank Thee, then, O Father,
For all things bright and good,
The seedtime and the harvest,
Our life, our health, our food;
No gifts have we to offer,
For all Thy love imparts,
But that which Thou desirest,
Our humble, thankful hearts.