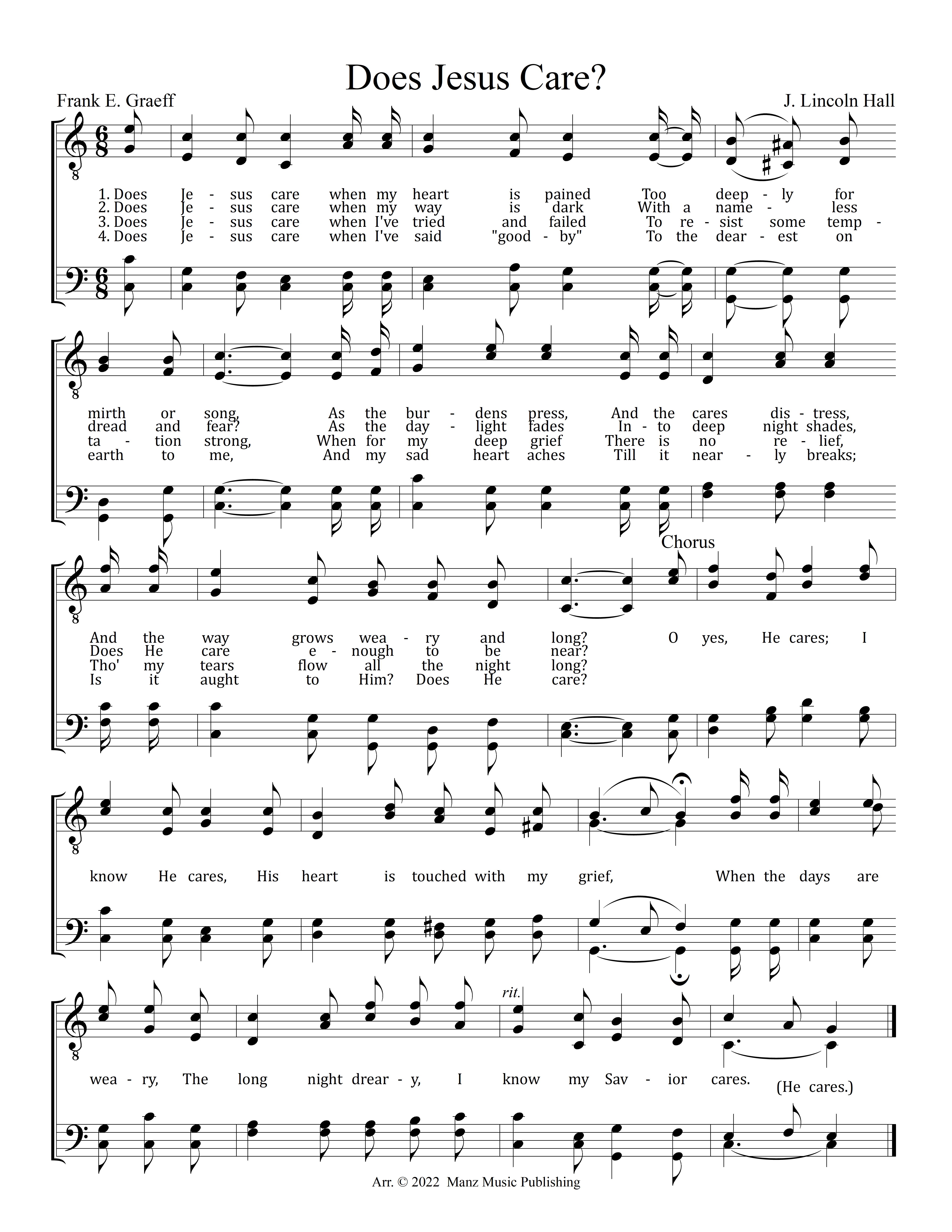 Sorry, we have no information for this author
Composer
Joseph Lincoln Hall

Hall graduated with honors from the University of Pennsylvania; he later received an honorary Doctor of Music degree from Harriman University. He wrote cantatas, oratorios, choir anthems, and hundreds of Gospel songs, and edited several hymnals. He was apparently an exceptional song leader and choral conductor. As a publisher of sacred music, he was associated with the Hall-Mack Publishing Company, which later merged with the Rodeheaver Company. Hall said once that the tune for “Does Jesus Care?” was his most inspired piece of music. He was a member of the 7th Street Methodist Episcopal Church in Philadelphia, Pennsylvania.

Does Jesus Care?
Clifton
For God So Loved the World
He Is Mine
Mine, Still Mine

Bud never married, instead he lives with his father just south of Defiance Ohio.
Lyrics
Does Jesus care when my heart is pained
Too deeply for mirth or song,
As the burdens press,
And the cares distress,
And the way grows weary and long?

Does Jesus care when my way is dark
With a nameless dread and fear?
As the daylight fades
Into deep night shades,
Does He care enough to be near?

Does Jesus care when I've tried and failed
To resist some temptation strong,
When for my deep grief
There is no relief,
Tho' my tears flow all the night long?

Does Jesus care when I've said "goodby"
To the dearest on earth to me,
And my sad heart aches
Till it nearly breaks;
Is it aught to Him? Does He care?

Chorus:
O yes, He cares;
I know He cares,
His heart is touched with my grief,
When the days are weary,
The long night dreary,
I know my Savior cares.