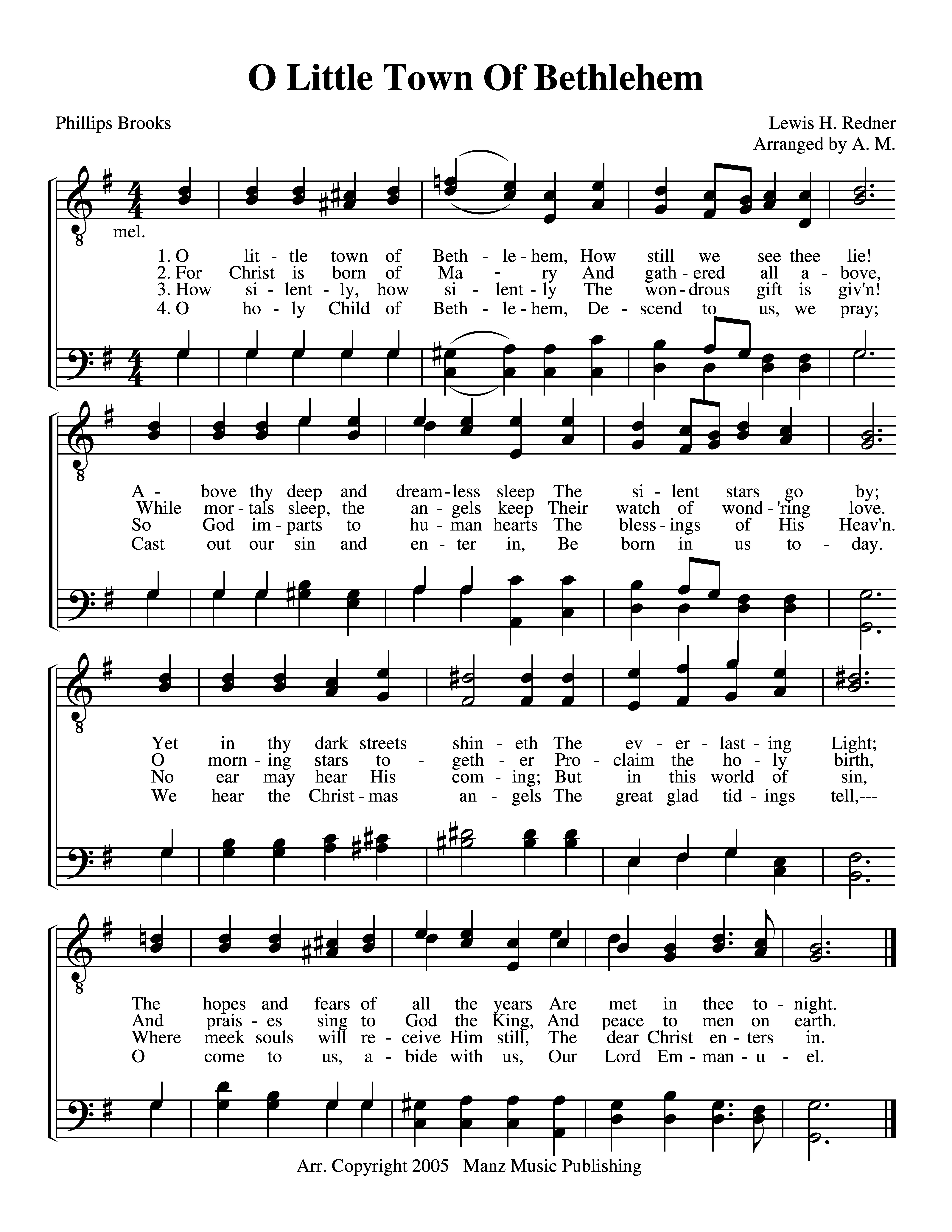 Midwest Brothers
Back to the list
Author
Phillips Brooks in 1868

Brooks has been called “the greatest American preacher of the 19th Century.” He attended the Boston Latin School, Harvard University (where Phillips Brooks House was named after him) and Episcopal Theological Seminary in Alexandria, Virginia. He became an Episcopal priest in 1860, and became Rector of the Church of the Advent, Philadelphia, Pennsylvania. He was known for his support of freeing the slaves and allowing former slaves to vote. In 1869, he became Rector of Trinity Church in Boston. In 1872, he helped design the Trinity Church building, which today stands in Boston’s Back Bay. In 1891, he became Episcopal bishop of Massachusetts.

Redner worked in the real estate business in Philadelphia, and also played the organ at four different churches during his life. He spent the longest time (19 years) at Holy Trinity Church in Philadelphia, where he also helped greatly expand the Sunday School program.

Bud never married, instead he lives with his father just south of Defiance Ohio.
Notes
ST. LOUIS. 8. 6. 4. 4. 6. 7. 6. 4. 4. 6.
Text from Micah 5:2
Lyrics
O little town of Bethlehem,
How still we see thee lie!
Above thy deep and dreamless sleep
The silent stars go by;
Yet in thy dark streets shineth
The everlasting Light;
The hopes and fears of all the years
Are met in thee tonight.

For Christ is born of Mary
And gathered all above,
While mortals sleep, the angels keep Their watch of wond'ring love.
O morning stars together
Proclaim the holy birth,
And praises sing to God the King,
And peace to men on earth.

How silently, how silently
The wondrous gift is giv'n!
So God imparts to human hearts
The blessings of His Heav'n.
No ear may hear His coming;
But in this world of sin,
Where meek souls will receive Him still,
The dear Christ enters in.

O holy Child of Bethlehem,
Descend to us, we pray;
Cast out our sin and enter in,
Be born in us today.
We hear the Christmas angels
The great glad tidings tell,
O come to us, abide with us,
Our Lord Emmanuel.