We Give Thee But Thine Own (Barnby) 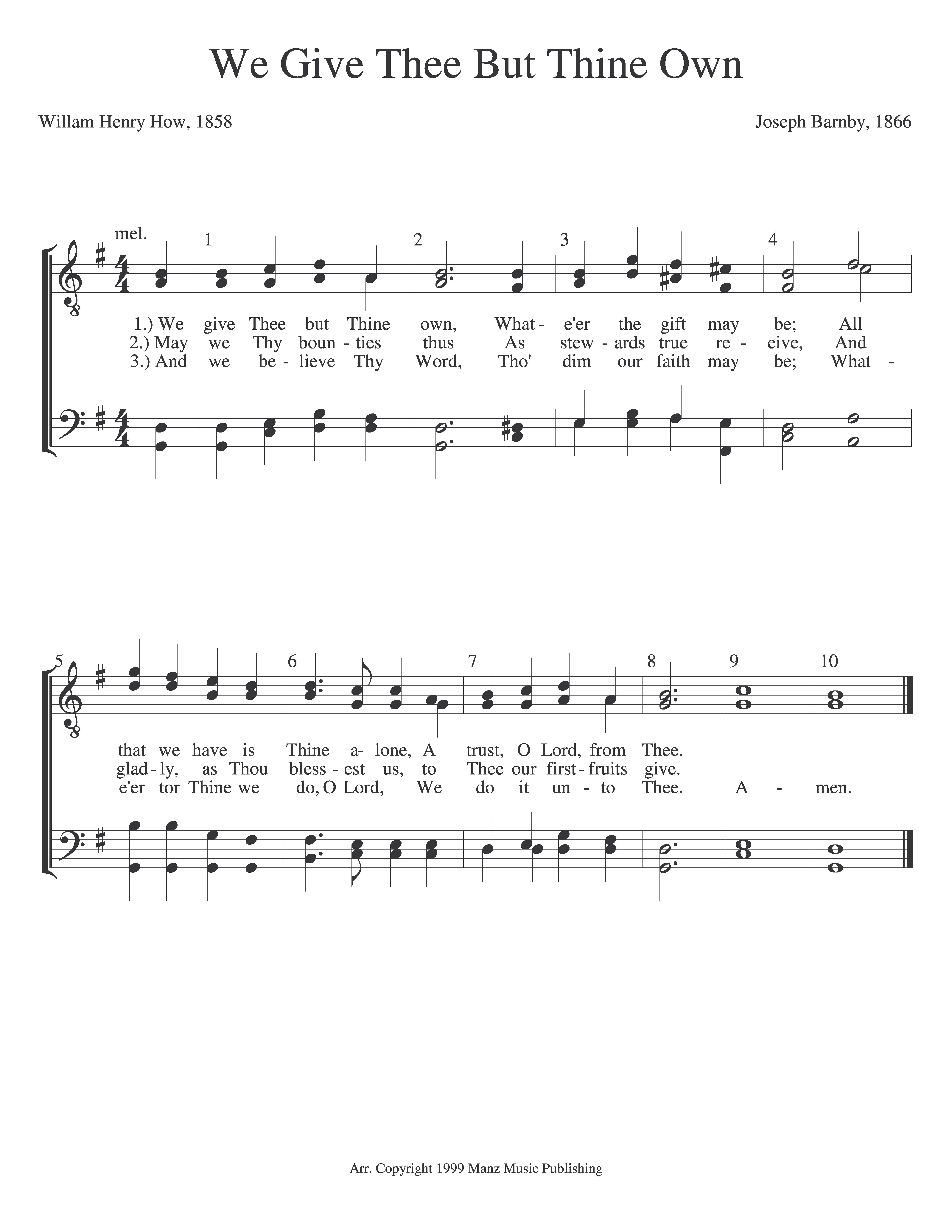 Back to the list
Author
William Walsham How in 1858

William Walsham How; was an English bishop. Known as Walsham How, he was the son of a Shrewsbury solicitor, How was educated at Shrewsbury School, Wadham College, Oxford and University College, Durham.

Joseph Barnby (b. York, England, 1838; d. London, England, 1896) An accomplished and popular choral director in England, Barby showed his musical genius early: he was an organist and choirmaster at the age of twelve. He became organist at St. Andrews, Wells Street, London, where he developed an outstanding choral program (at times nicknamed "the Sunday Opera"). Barnby introduced annual performances of J. S. Bach's St. John Passion in St. Anne's, Soho, and directed the first performance in an English church of the St. Matthew Passion. He was also active in regional music festivals, conducted the Royal Choral Society, and composed and edited music (mainly for Novello and Company). In 1892 he was knighted by Queen Victoria. His compositions include many anthems and service music for the Anglican liturgy, as well as 246 hymn tunes (published posthumously in 1897). He edited four hymnals, including The Hymnary (1872) and The Congregational Sunday School Hymnal (1891), and coedited The Cathedral Psalter (1873).

Bud never married, instead he lives with his father just south of Defiance Ohio.
Notes
St. Andrew. S. M.
Lyrics
We give Thee but Thine own,
Whate'er the gift may be;
All that we have is Thine alone,
A trust, O Lord, from Thee.

May we Thy bounties thus
As stewards true receive,
And gladly, as Thou blessest us,
To Thee our first-fruits give.

And we believe Thy Word,
Tho' dim our faith may be;
Whate'er for Thine we do, O Lord,
We do it unto Thee.