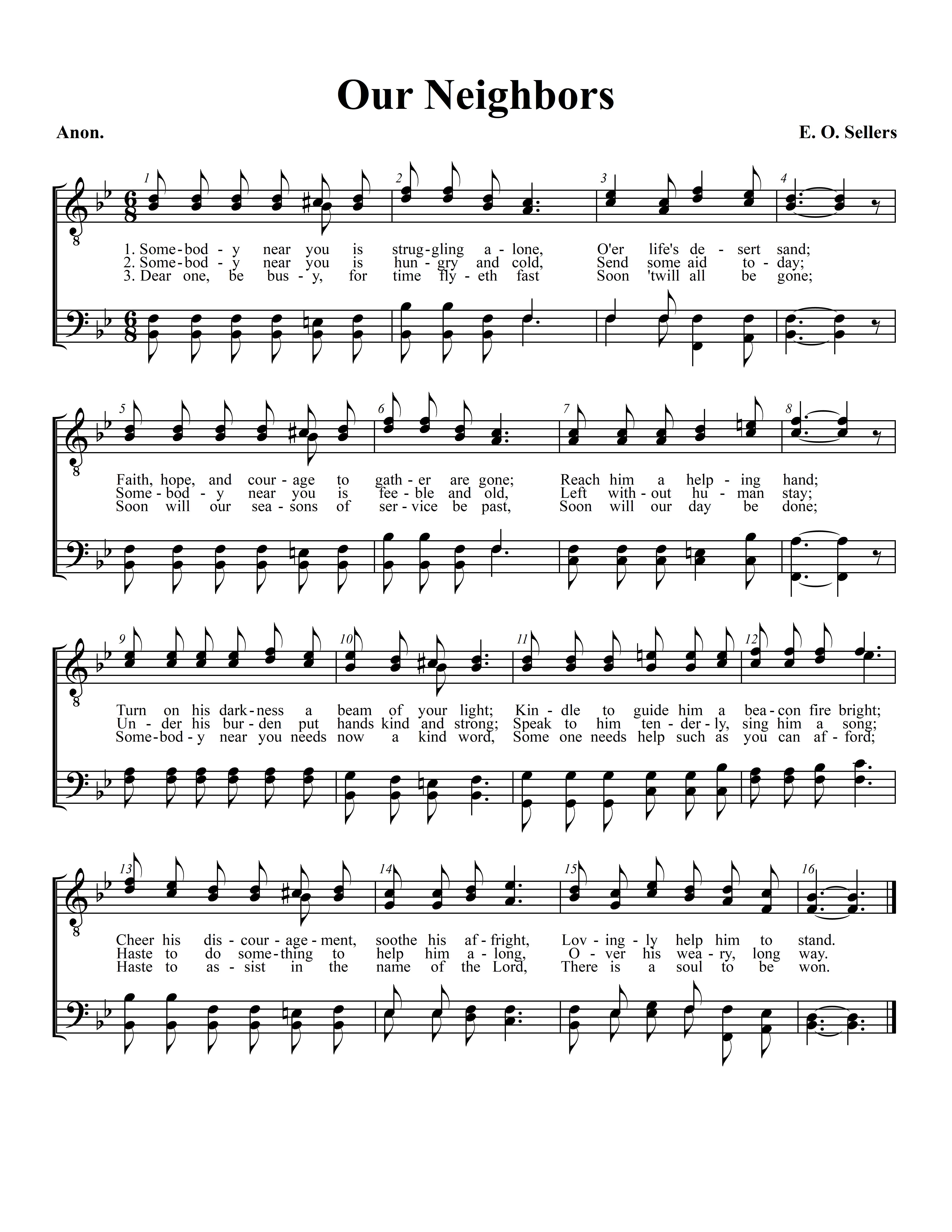 Sorry, we have no information for this author
Composer
Ernest Orlando Sellers

After graduating from high school in Lansing, Michigan, Sellers was apprenticed to a surveyor and civil engineer, and eventually became city engineer and superintendent of public works. In 1895, he became a student at the Moody Bible Institute in Chicago, Illinois. From 1901 to 1905, he was YMCA secretary in Macon, Georgia; Washington, DC; and Wilmington, Delaware. He then was appointed director of men’s work and assistant pastor at the Euclid Avenue Baptist Church, Cleveland, Ohio (1905-07); and assistant director of the Music Department and professor of Sunday school pedagogy at the Moody Bible Institute (1908-19). He worked for the YMCA Speakers Bureau in France and Germany during World War I. After the war, he was appointed director of the Music Department of the Baptist Bible Institute, New Orleans, Louisiana. The New Orleans Baptist Theological Seminary named the E. O. Sellers Music Building after him. In 1926, he helped compile The New Baptist Hymnal. His other works include:

Sorry, we have no information for this arranger
Lyrics
Somebody near you is struggling alone,
O'er life's desert sand;
Faith, hope, and courage to gather are gone;
Reach him a helping hand;
Turn on his darkness a beam of your light;
Kindle to guide him a beacon fire bright;
Cheer his discouragement, soothe his affright,
Lovingly help him to stand.

Somebody near you is hungry and cold,
Send some aid today;
Somebody near you is feeble and old,
Left without human stay;
Under his burden put hands kind and strong;
Speak to him tenderly, sing him a song;
Haste to do something to help him along,
Over his weary, long way.

Dear one, be busy, for time flyeth fast
Soon 'twill all be gone;
Soon will our seasons of service be past,
Soon will our day be done;
Somebody near you needs now a kind word,
Some one needs help such as you can afford;
Haste to assist in the name of the Lord,
There is a soul to be won.